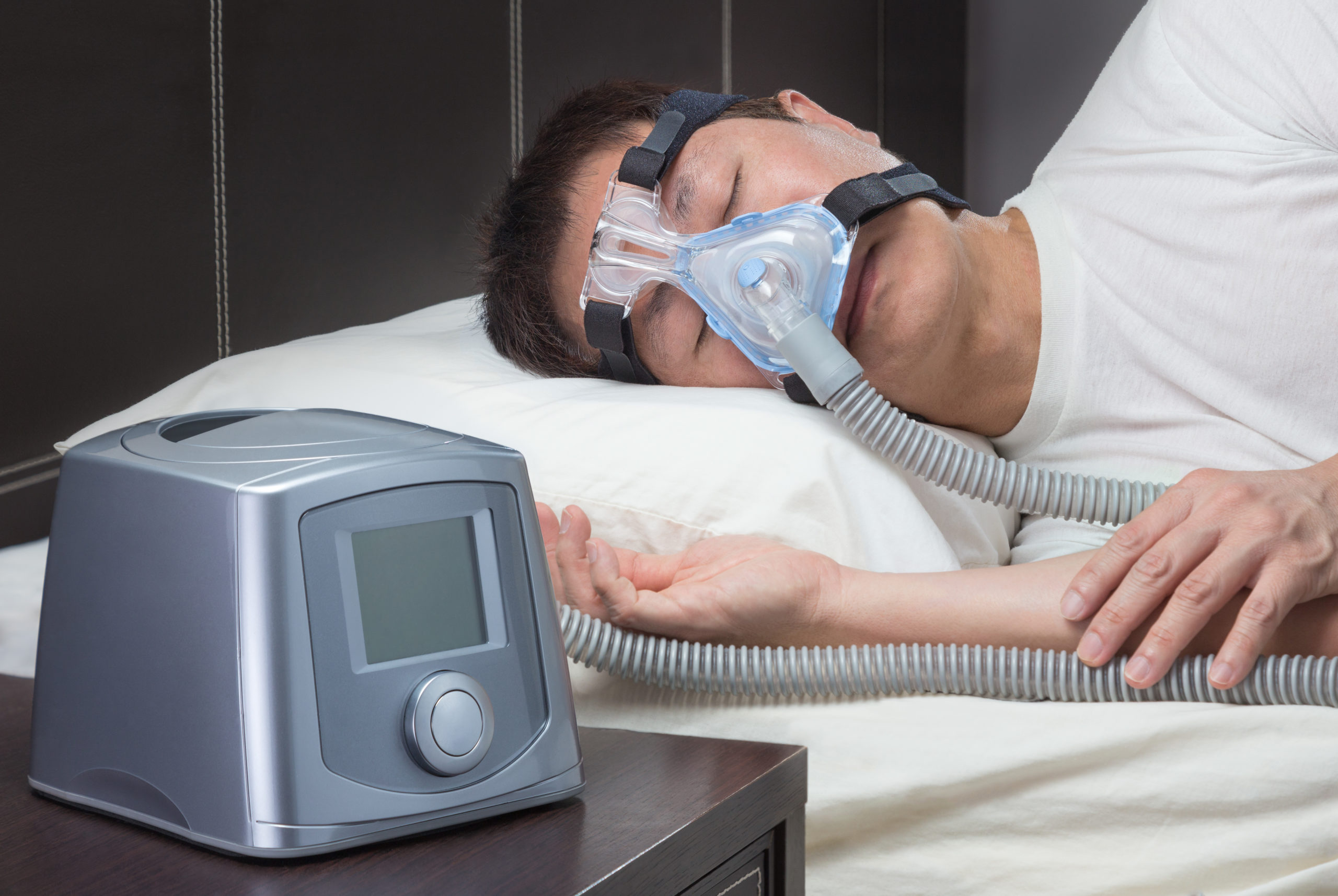 Many who suffer from sleep apnea are not aware that they have it, while others know they have it and have attempted to get help with treatment. The reason so many people are unaware they have it is that they do not recognize their symptoms. Some people may even be asking, can sleep apnea cause seizures?

If you believe that sleep apnea is causing you to have issues with your health and quality of life, you could be right. There is a strong link between sleep apnea and seizures.

Let’s break down exactly what sleep apnea is and how sleep deprivation is taking its toll on people around the country. We will also explore the connection between sleep apnea and seizures.

Can Sleep Apnea Cause Seizures

Sleep disorders can cause seizures. Poor sleep can cause excessive daytime sleepiness and fatigue. When someone is sleep deprived, the body uses various forms of energy to try to remain awake. This can put a person at risk for seizure activity.

Patients with epileptic seizures might also have sleeping disorder-related seizures, such as nocturnal seizures. This of which occurs during sleep. Those with temporal lobe epilepsy, which is associated with sleep disturbances, may experience seizures more often when sleeping.

A lack of quality sleep can lead to an increase in seizure frequency, exacerbated by the lack of oxygen that occurs during sleep. These seizures may occur during the transition from wakefulness to sleep or during a rapid eye movement phase.

Other sleep disorders such as narcolepsy, insomnia, and sleep apnea epilepsy can increase the risk of seizures. Ultimately, it is important to establish a healthy sleep pattern and follow a well-rounded diet to help reduce the risk of seizure activity.

Central Sleep Apnea (CSA) is a disorder in which one’s breathing is interrupted during sleep due to pauses in breathing or shallow breaths. It can lead to:

Seizures may be attributable to CSA because of the lack of oxygen in the brain. Seizures can be triggered not only by drops in oxygen levels but also by the body’s response to irregular breaths. As CSA can cause episodes of apnea and hypopneas severe enough to trigger seizures, it is important to recognize the association between the two disorders.

If they are left untreated, they can lead to serious medical complications such as:

Treatment for CSA typically involves lifestyle modifications, medications, and devices to ensure that there is an adequate amount of oxygen in the blood. With proper treatment, seizures and other dangerous consequences can be prevented, and patients can get the rest they need.

In more severe cases, medications like anticonvulsants, benzodiazepines, muscle relaxants, or breathing devices such as positive airway pressure machines can be employed for more efficient management of the sleep apnea symptoms. Surgery to open blocked airways can also be used if medications and other non-invasive treatments fail to produce desired outcomes of the case.

Additionally, lifestyle changes such as weight management and adopting a healthy low-calorie eating plan can help patients with epilepsy sleep apnea seizures get the necessary rest they need counteracting the risk of further seizures.

Obstructive sleep apnea and seizures in older adults are two conditions linked to aging that can cause physical and mental distress for those affected. It is a sleep disorder where an individual has difficulty breathing while sleeping.

It is caused by the narrowing of the upper airway, blocking airflow, and leading to short pauses in breathing. Seizures, on the other hand, are sudden malfunctions of the brain. This is when an individual experiences changes in:

These episodes can last anywhere from a few seconds to minutes and can cause injury due to falls or other side effects. Both sleep apnea and seizures can be life-threatening if they are left untreated, and they are both common in older adults.

Fortunately, with proper diagnosis, treatment, and lifestyle changes, these conditions can usually be managed and improved.

Temporal lobe epilepsy and sleep apnea are conditions that can lead to a variety of health problems. It is a type of epilepsy in which seizures will originate in the temporal lobe of the brain. This of which can cause a wide range of symptoms, including:

Treatment for both conditions typically includes avoiding certain triggers and medications, as well as lifestyle changes such as weight loss, smoking cessation, and regular exercise.

Keppra and Sleep Apnea are two separate conditions that can be managed to help improve a patient’s quality of life. While these two conditions can affect someone simultaneously, they each have separate treatments that need to be addressed.

Keppra is an anticonvulsant drug used to prevent or decrease seizures caused by epilepsy. It works by decreasing the activity of nerve cells in the brain. It should not be used to treat sleep apnea.

Sleep apnea is a disorder in which a person stops breathing while sleeping, resulting in daytime fatigue, snoring, and difficulty concentrating due to lack of sleep. Treatments include lifestyle changes, such as:

It can also be treated by utilizing a Continuous Positive Airway Pressure (CPAP) device. This of which widens the airway, allowing for normal breathing during sleep.

In summary, Keppra and Sleep Apnea both affect an individual’s quality of life, but treatments for one should not be substituted for the other. Understanding and treating each condition separately is necessary to promote overall health and wellness.

Can Sleep Apnea Cause Seizures in Toddlers

Parents need to monitor the symptoms of sleep apnea in their children. This includes snoring and pauses or changes in the breathing pattern during sleep. If sleep apnea is present, treatment should be administered to prevent the increased risk of seizures in toddlers.

Can Sleep Apnea Cause Seizures in Dogs

Sleep apnea is a common disorder in dogs that results in the obstruction of airflow during sleep. In some cases, this can lead to seizures, where the dog’s breathing pattern is interrupted.

In addition, sleep apnea may also be linked to seizures in dogs. Although the exact cause behind this connection is unknown, it is likely due to the frequent disruptions in the brain caused by apneic episodes.

This can lead to an alteration of neurons and the sudden release of uncontrollable electrical signals, thus leading to seizures. With proper diagnosis, treatment, and management of sleep apnea, it may be possible to reduce the risk of developing seizures in dogs.

Can Sleep Apnea Cause an Epileptic Episode in Dogs?

Studies suggest that sleep apnea can cause an epileptic episode in dogs. Dogs with sleep apnea can experience very high respiratory rates and poor oxygenation, causing a decrease in blood glucose and hypoxemia. This of which can adversely affect the central nervous system.

An epileptic episode can then be triggered, which can cause a variety of unpleasant side effects. This includes severe muscle contractions and impaired consciousness. Fortunately, treatment and management of sleep apnea can reduce the chances of a dog experiencing an epileptic episode.

Owners should monitor their dogs and seek veterinary care. This is if they suspect sleep apnea or an epileptic episode.

General sleep apnea symptoms can vary in severity and type, with common symptoms that include:

Other symptoms may include difficulty concentrating, memory loss, irritability, weight gain, and depression. Sleep apnea can also cause temporary changes to your blood pressure, making it suddenly rise while you sleep, leading to dizziness, chest pain or irregular heartbeat.

If you experience any of these OSA symptoms and think you may have sleep apnea, it’s important to discuss any concerns with your doctor for a proper diagnosis.

What Is What is Intermittent Hypoxia?

Intermittent hypoxia is an intermittent reduction of oxygen supply to the body. It is often caused by sleep apnea, when an individual’s breathing is stopped periodically throughout the night. It is a form of sleep-related breathing disorder, where the airways become blocked or narrowed and the individual experience pauses in their airflow.

During those pauses, the level of oxygen in the blood is reduced, leading to intermittent hypoxia. Chronic intermittent hypoxia is linked to several chronic medical conditions, such as heart failure, stroke, and high blood pressure. Additionally, it can also cause inflammation, oxidative stress, and endocrine dysfunction.

Treatment for intermittent hypoxia typically involves lifestyle modifications, such as quitting smoking, reducing alcohol consumption, and treating underlying disorders. It may also include the use of continuous positive airway pressure, airway widening devices, or surgical intervention.

AEEG efficacy research is an important part of the medical field. It can help to improve treatment outcomes for those suffering from a variety of conditions. EEGs are used to measure electrical activity in the brain. This can provide valuable diagnostic and prognostic information.

They can also be used to help select the most effective treatment approach. Research has shown that AEEG can be extremely accurate in detecting changes in the electrical activity of the brain. Research has also shown that in-home video EEG can be beneficial in predicting seizure activity, and other medicines may help reduce side effects.

In addition, in-home video AEEG can be used to inform the decision making process when considering treatment options and possible outcomes. This research has impacted countless numbers of lives. The field is continuing to evolve as technology and the understanding of brain functioning become more advanced.

Overall, sleep apnea can cause seizures due to interrupted breathing patterns. The disruption of oxygen flow can cause an aberrant electrical excitation in the brain. Such an excitation can lead to seizures.

If you are experiencing frequent seizures, seek medical attention. Your doctor can review your sleep health and determine if sleep apnea could be a contributing factor.

To explore more topics, visit our home page if you are living with an onset of epileptic sleep apnea and desire to read about treatment options like CPAP therapy.