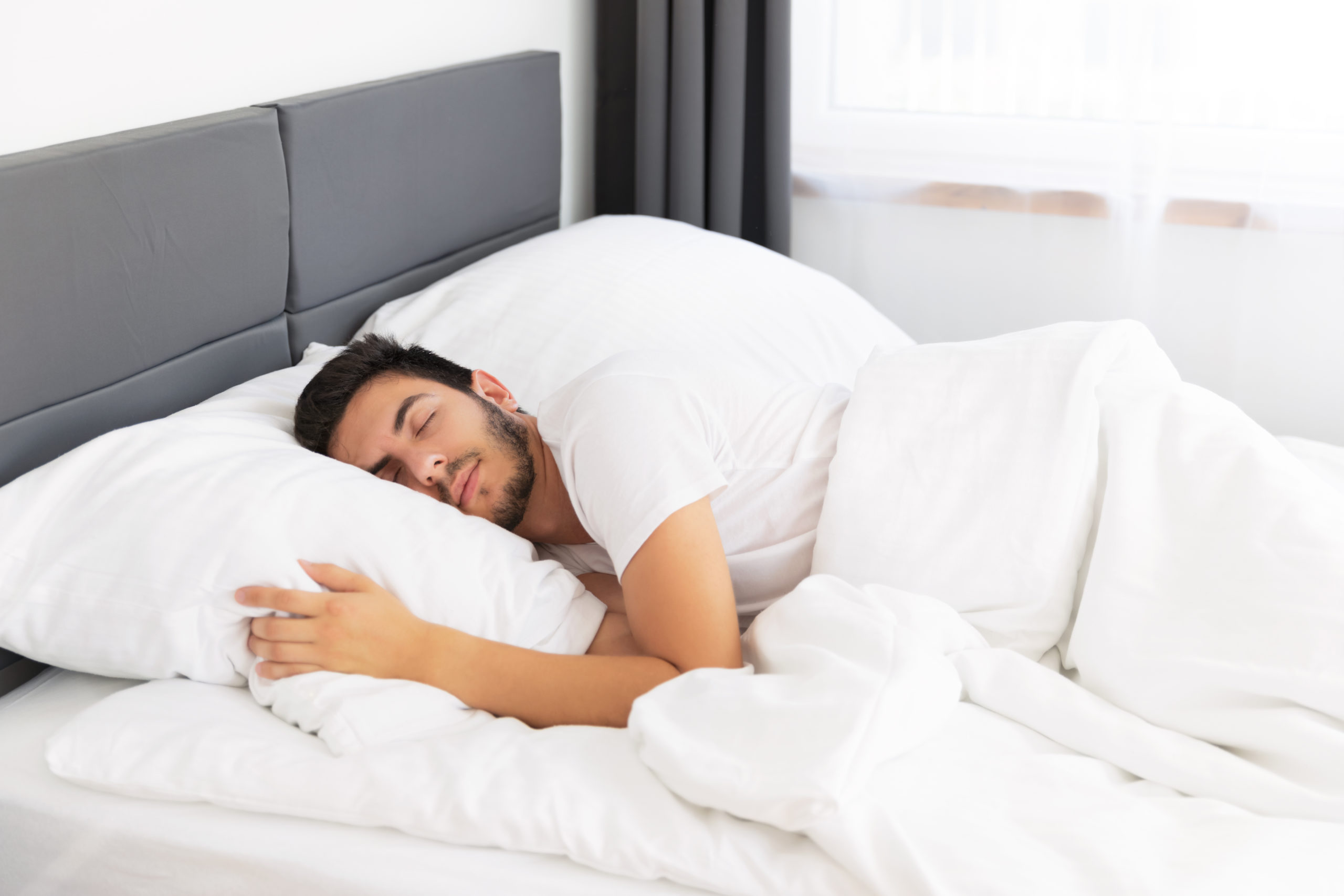 This breathing disorder can occur at any time and make it hard or nearly impossible to get a sufficient amount of sleep due to disruptions in breathing patterns.

Can Deviated Septum Cause Sleep Apnea?

Deviated septum is a problem with the nasal septum, the wall between the two nostrils. It occurs when the bony and cartilaginous wall separating the nostrils deviates from its normal position. This results in an uneven nostril shape. It can also lead to difficulty breathing and can cause snoring and loud breathing during sleep.

In some cases, the obstruction caused by a deviated septum can be severe enough to cause sleep apnea. This is a medical condition that affects the ability to breathe while sleeping. It can cause pauses in breathing, awakening the sleeper throughout the night.

If left untreated, sleep apnea can lead to negative effects on health, including high blood pressure and heart problems. Treatment of sleep apnea caused by a deviated septum typically involves surgery to correct the abnormality and improve airflow through the nose.

What is Deviated Septum or Nasal Septum?

Deviated Septum is a medical condition that affects the nose. This happens when the wall that separates the two nostrils or nasal passages is accidentally pushed into an off-center position.

This condition can be caused by an injury, such as a broken nose, or can be present at birth. The symptoms of deviated septum usually include:

Treatment for this condition includes medications or surgery to return the nasal septum to its proper position. In some cases, the deviated septum can be safely left untreated, although this depends on the severity.

Can Deviated Septum Lead to Sleep Apnea or Death?

A deviated septum can be a medical condition where the nasal cavity is misshapen or crooked due to factors such as:

Sometimes the symptoms of a deviated septum can be mild, but at other times they can be very severe and even lead to death. In severe cases, this condition can obstruct airflow and cause breathing problems. This of which can lead to respiratory failure and eventually lead to death.

Fortunately, however, the likelihood of this happening is rare. In most cases, timely diagnosis and proper medical management can help to prevent further complications and serious consequences.

Furthermore, a deviated septum can be surgically corrected and thus effectively managed.

Can a Deviated Septum Cause Sleep Problems

This can impede normal respiratory function by blocking some of the airways. It results in sleep-disrupting symptoms like:

In some cases, it can also cause sleep apnea, a serious disorder that causes pauses in breathing during sleep. People who have a deviated septum are usually advised to seek medical help to correct their breathing issues.

This can be done through surgery that corrects the septum and aids in the relief of symptoms such as those experienced during sleep. Although a deviated septum is not the only cause of sleep problems, it can be a significant contributor and should be looked into to ensure proper treatment and a better quality of sleep.

What Is Deviated Septum Oxygen Deprivation

Deviated septum oxygen deprivation occurs when the nose’s septum is abnormally shifted away from its normal location. This shift can block oxygen from reaching one or both nostrils. This severely reduces the amount of oxygen that enters the body.

This can lead to difficulty breathing, poor circulation, and an overall reduction in oxygen levels in the blood. Symptoms of deviated septum oxygen deprivation may include:

CPAP is a treatment for sleep apnea, but it can also be used to treat a deviated septum. CPAP involves the use of a mask and machine to apply a continuous and regulated stream of air that prevents the collapsed airways associated with certain sleep disorders.

In some cases, a surgical procedure may be required to correct the misalignment of the septum.

Deviated Septum CPAP Pressure is a type of treatment used to relieve the symptoms caused by a deviated septum. This can range from difficulty breathing to snoring or sleep apnea. The pressure caused by the deviated septum can cause discomfort to the patient. It can significantly hamper their quality of life.

With this in mind, the correct CPAP pressure can help alleviate the pressure and therefore reduce the symptoms. This can be achieved by using CPAP machines that administrates air pressure to the airway. This of which relieves symptoms caused by the deviated septum.

Research has also shown that patients using the correct CPAP pressure have seen a reduction in snoring, better sleep quality, and reduced breathing problems. The correct CPAP pressure will depend on the size and shape of the nose and throat of the patient, making it best to consult with a doctor to achieve the right amount of pressure first.

With the right CPAP pressure, a patient’s overall quality of life can be greatly improved.

Deviated septum night sweats can be frustrating. It can potentially lead to serious health issues. It is a condition in which a person experiences irregularly intense episodes of night sweats due to a deviated septum.

The condition can be extremely distressing and make it difficult to sleep. Fortunately, there are treatment options available. One such option is a septoplasty, which is a surgical procedure that corrects the deviated septum.

Other treatments may include lifestyle changes and medications. For those with more severe cases, it is important to receive medical attention to ensure proper diagnosis and care.

In general, it is important to be mindful of any health issues that disrupt sleep, as such issues can have a serious impact on overall well-being.

Can a Deviated Septum Cause Snoring

A deviated septum can cause snoring. When the nasal septum is deviated, it narrows the air passages in the nose and makes it difficult for air to move through, causing it to travel through your throat instead.

Because the air is traveling through a small area, it vibrates and causes the sound of snoring. In addition, people with deviated septums often have obstructed nasal passages which can cause a buildup of mucus and result in snoring.

While snoring can be caused by a combination of factors, a deviated septum is one of them. Fortunately, it can often be corrected with surgery and result in a dramatic reduction or even elimination of snoring.

Can a Deviated Septum Cause Headaches

A deviated septum can cause headaches. The septum is the wall of cartilage that forms the division between the two nostrils. When it’s deviated, one nostril is more difficult to breathe through, and this impacts the pressure in the sinus cavities.

Treatments for deviated septum often depend on the severity of the displacement. In most cases, a patient will initially be prescribed medications to manage the breathing issues and discomfort associated with the condition.

For more serious cases, a procedure known as septoplasty is often done to reposition the deviated septum and restore normal breathing. During the procedure, a small amount of tissue is extracted from the septum to balance the nostrils.

Following the procedure, a patient may need to wear a splint or bandage. This is to reduce discomfort and protect the septum from irritation. In extremely rare cases, a patient may require more complicated surgeries. This is where the septum is reconstructed or even corrected using cartilage from other areas of the body.

No matter the level of treatment, it is essential for a patient to inform their doctor of any symptoms and follow any post-operative instructions. This is for their good to achieve the best possible results.

A deviated septum can cause sleep apnea. If you experience any of the symptoms associated with it, it is important to consult your doctor to determine if you require treatment.

With the proper treatment, like surgery or mouthpieces, you can find relief. Don’t suffer in silence – contact your doctor to learn more about how to treat your sleep apnea.

To get more informative articles about sleep apnea, visit our main blog.